Harper Lovey and the Waitlist

Spend an evening outdoors at the Farmstead! 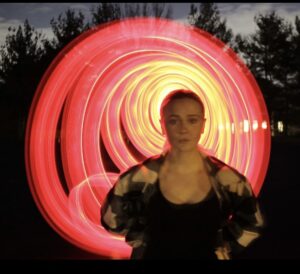 Harper Lovey and the Waitlist will be performing everything from Indie Garage Rock to 50’s Torch Songs, a little bit of country and of course many of Harper Lovey’s original songs.  Darcy Rhatican (debut performance) will perform many of her own songs in the opening act.

Reservations are required and space is limited! Get Tickets HERE

Current State of NJ and CDC Guidelines must be followed (masks and social distancing).

Safety policies and guidelines for Farmstead Arts (and our Waiver of Covid-19 Liability Form) can be found here: https://farmsteadartscenter.org/fa-home/about-us-2/safety-policis/

*If this event is cancelled, credit will be given toward a future performance (no refunds).

Harper Lovey began writing and performing her songs while still in elementary school.  She has performed at numerous venues throughout New Jersey. In the past year, she has been releasing her music on various platforms.  WHYY/PBS in Philadelphia selected Harper as a featured artist in their House Concert Series which was aired by numerous PBS stations throughout the US.  Harper is a sophomore at Ridge High School.

The Waitlist is comprised of Tyler Ferdinand, James Hardy and Lorenzo Novello. Tyler and James have been in numerous bands together since they were young.  Tyler has attended Berklee College of Music in Boston and is also Harper Lovey’s older brother.  James Hardy is currently attending Raritan Valley Community College.  He is a gifted guitarist and singer.  Lorenzo  Novello has released music with his other band The Wait. Lorenzo, a junior at Ridge High School, is a gifted guitarist who has built many of his own instruments.

Darcy Rhatican (opening act) began her musical career on bass but as soon as she picked up a guitar she began writing her own songs.  She is a sophomore at Ridge High School.  This is her public debut as a singer/songwriter.

Photos on this page courtesy of Maeve Rhatican

Events are made possible, in part, by funds from the Somerset County Cultural & Heritage Commission, a partner of the New Jersey State Council on the Arts.

Our office and gallery is temporarily closed to the public. The best way to reach us is by email at admin@farmsteadarts.org.    We hope to reopen soon!

Our classes and art exhibits are now online.