With its double-pile, laterally expanded plan and Dutch framing system, the farm house typifies the region’s early domestic architecture and contains evidence of its Colonial past, as well as Georgian, Federal, Victorian and Colonial Revival features. 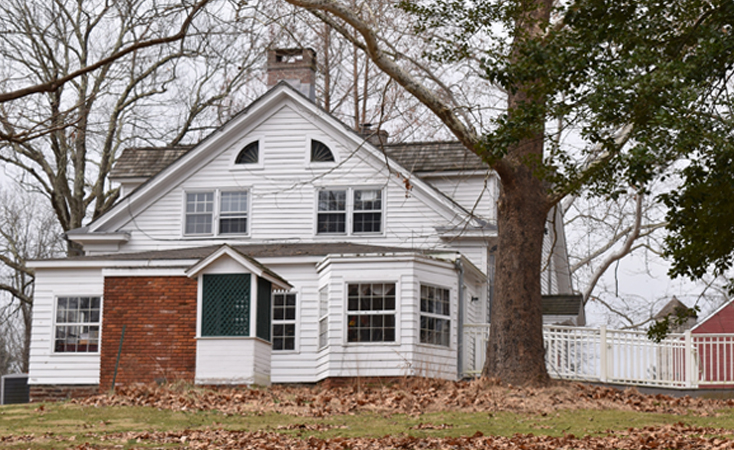 The main block of the Farm House may date in part to before the Revolutionary War and is undoubtedly no later than the early 1800s.

Despite extensively remodeling in the Victorian era and again in the Colonial Revival mode around the middle of the last century, the Farm House retains some notable early fabric like the beaded clapboards attached with hand-wrought nails visible in the attic, and more may remain intact behind later finishes.

The western, and earliest, portion of the house, with its three first-floor rooms and two fireplaces, conceivably was the dwelling of the first owner: the Rev. Samuel Kennedy (1720—1787).

Features listed below are suggestive of an early construction date:

Restored and adaptively repurposed as an arts center